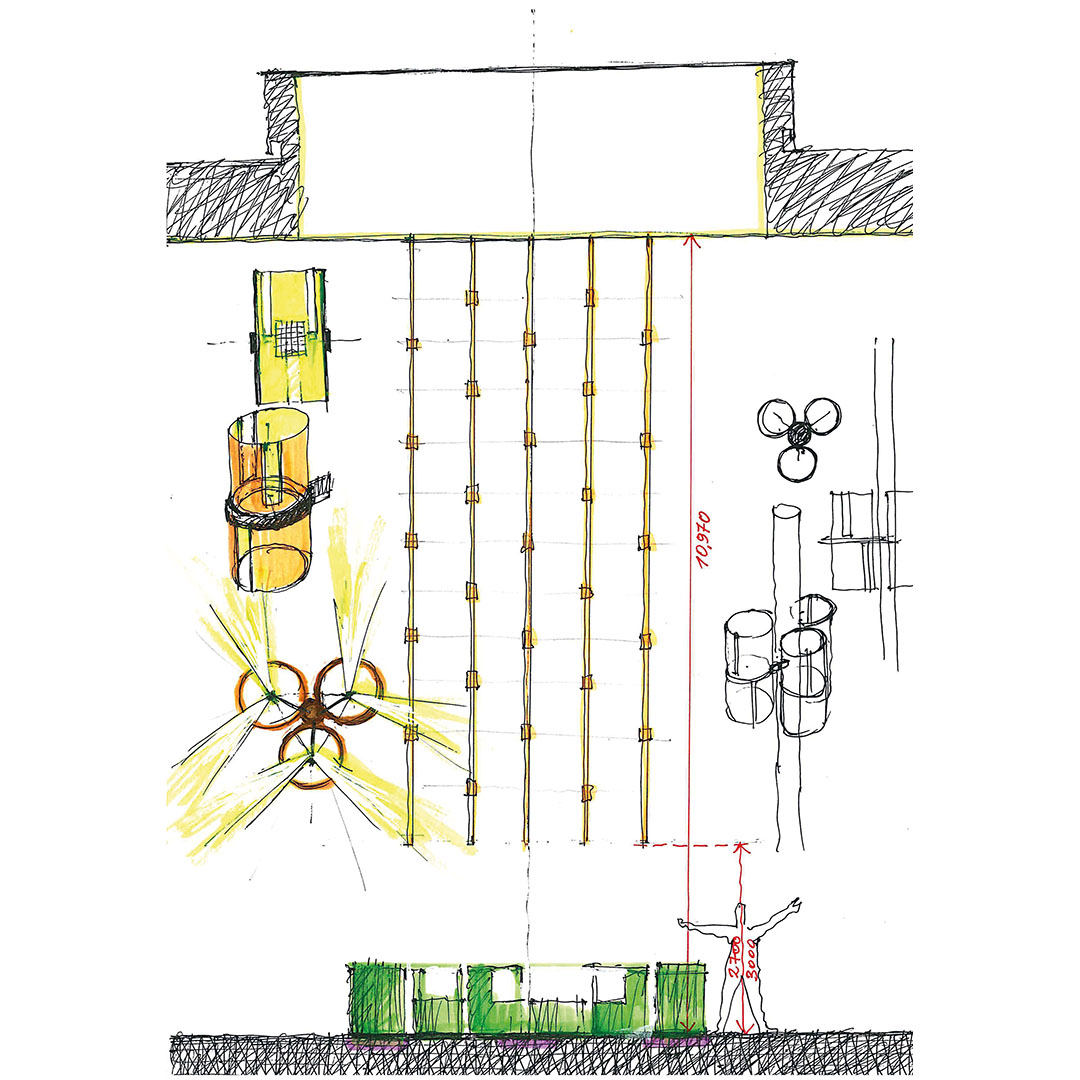 PREAMBLE
A project emanating from the desire to give a strong characterisation to the lobby space of the NH Hotel in Via Bartolomeo Colleoni in Milan. And the result? A “cascade of light” envisioned by Michele Reginaldi, architect from the Quattroassociati studio.

CHARACTERISTICS
A specific piece that emphasises the uniqueness of the space of a deconsecrated church from the Neo-Renaissance era of 1930.

SOLUTION
A brilliant hanging lamp, with a monumental appearance. A symbol of light, alluding to the image of the chandelier.

The idea of this lamp was born from a specific architectural need: the hotel’s entrance areas and lobby are housed in a deconsecrated Neo-Renaissance-style church that we have preserved in its aspects of civil architecture.

The space allocated to this reception area – large and eleven meters high -corresponds to the intersection between the main nave and the transept of the original church. This strongly vertical space needed to be redefined and measured through an element, a presence, which with its light, could allude to the place and its symbolic apparatus; hence the idea of a hanging lamp recalling a chandelier. 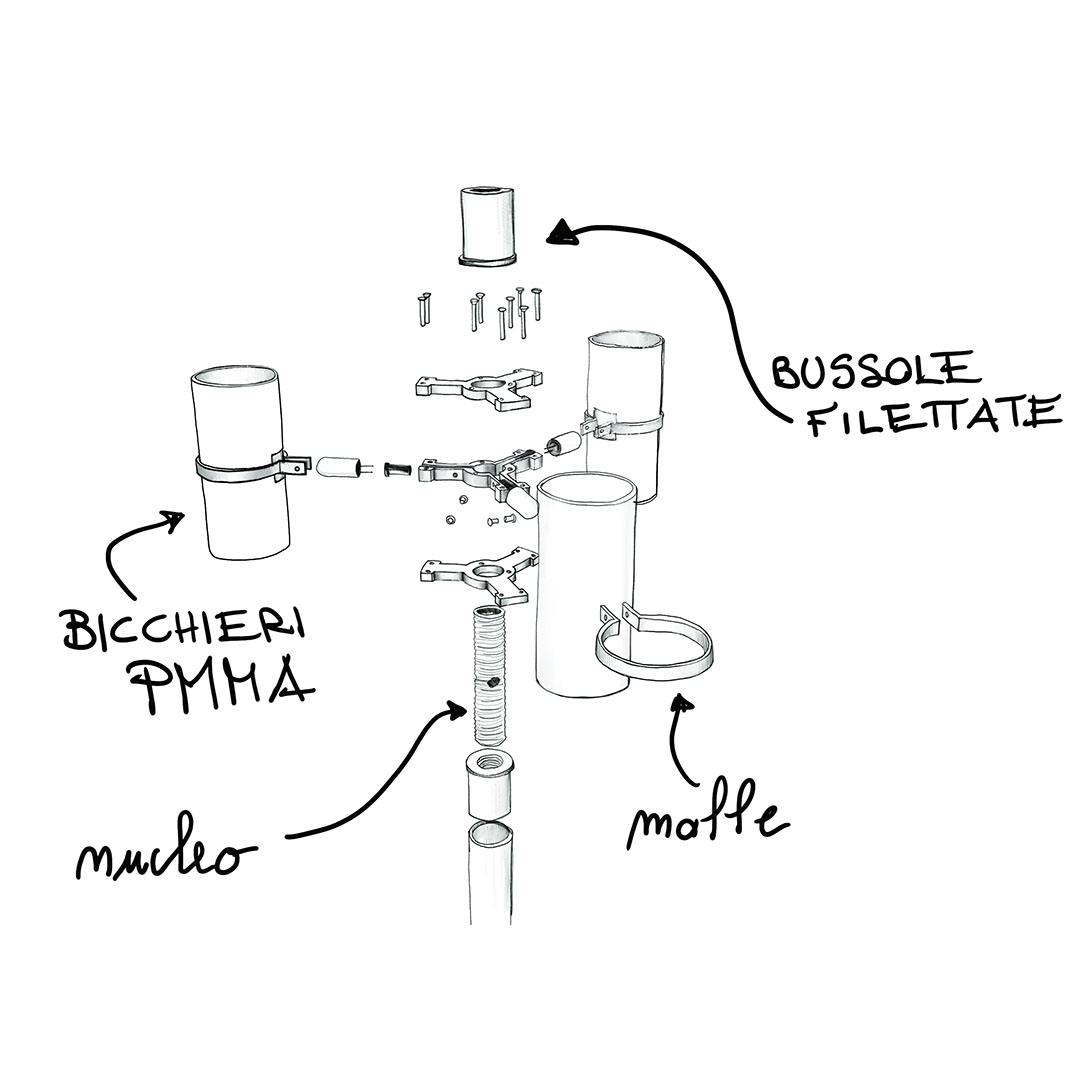 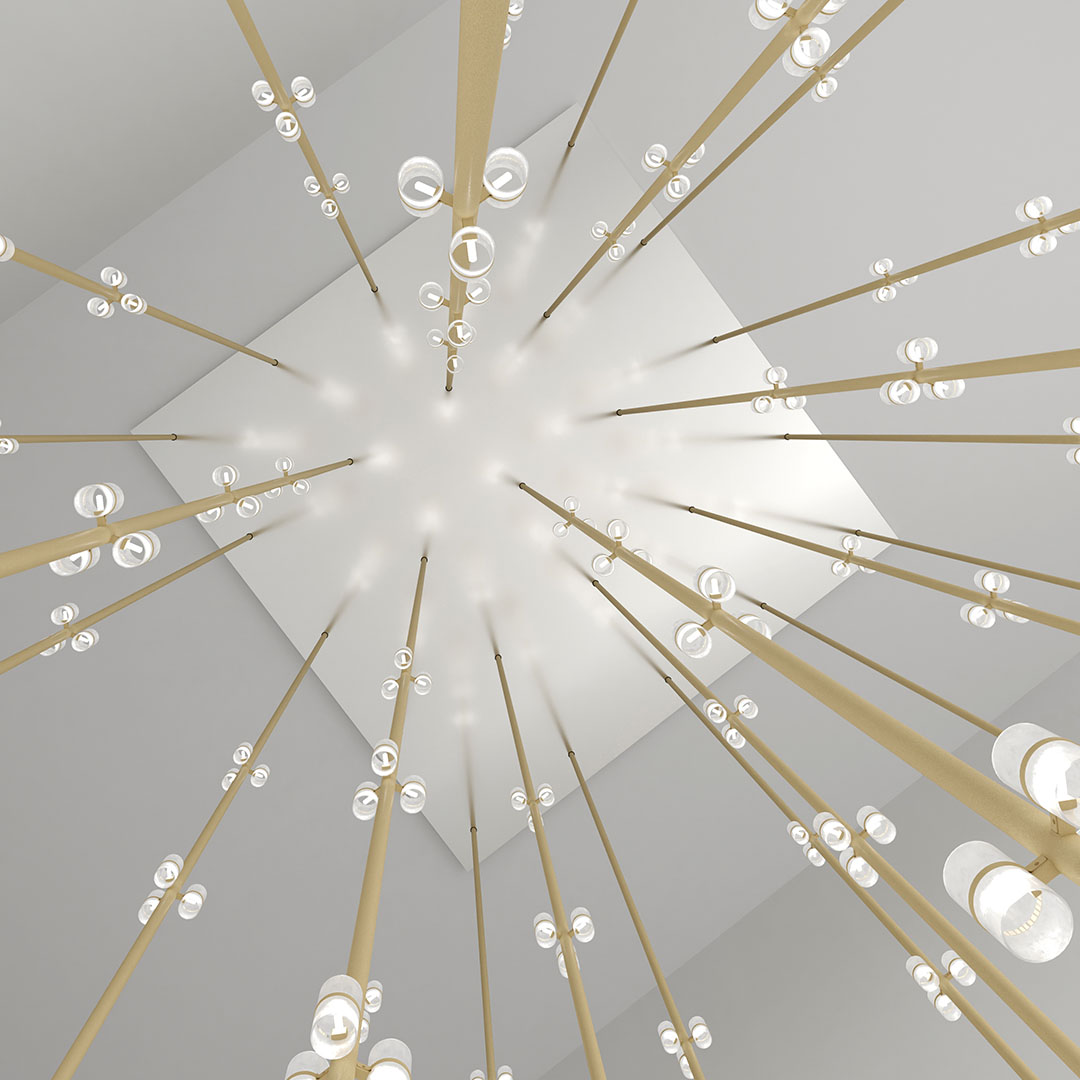 To represent this element of light, was envisioned a structure of 25 suspended tubulars, 8.5 metres high, anchored to a 5-metre by 5-metre mirrored ceiling, dotted with a series of luminaires distributed over their entire height. Specifically, a square mesh was defined between the tubulars that regulates the distribution of the luminaires. These are organised precisely in groups of three and spaced a metre and a half apart at the top of the suspended tubulars.

Three cylinders in brushed polycarbonate, in PMMA, which by size and colour recall the image of the lights, are arranged to form the axes of an equilateral triangle fixed to the suspended tubular, which distributes the power to each of the three luminaires.

This arrangement results in a suspended volume dotted with central light inside the lobby space.

The image that is perceived is that of a cascade of light further strengthened by the reflection of the mirrored ceiling that doubles the space-light effect.

The light management system allows the luminous intensity of each unit of the structure’s three luminaires to be adjusted in order to guarantee a dynamic luminescence, glimmering freely in the lobby’s space. 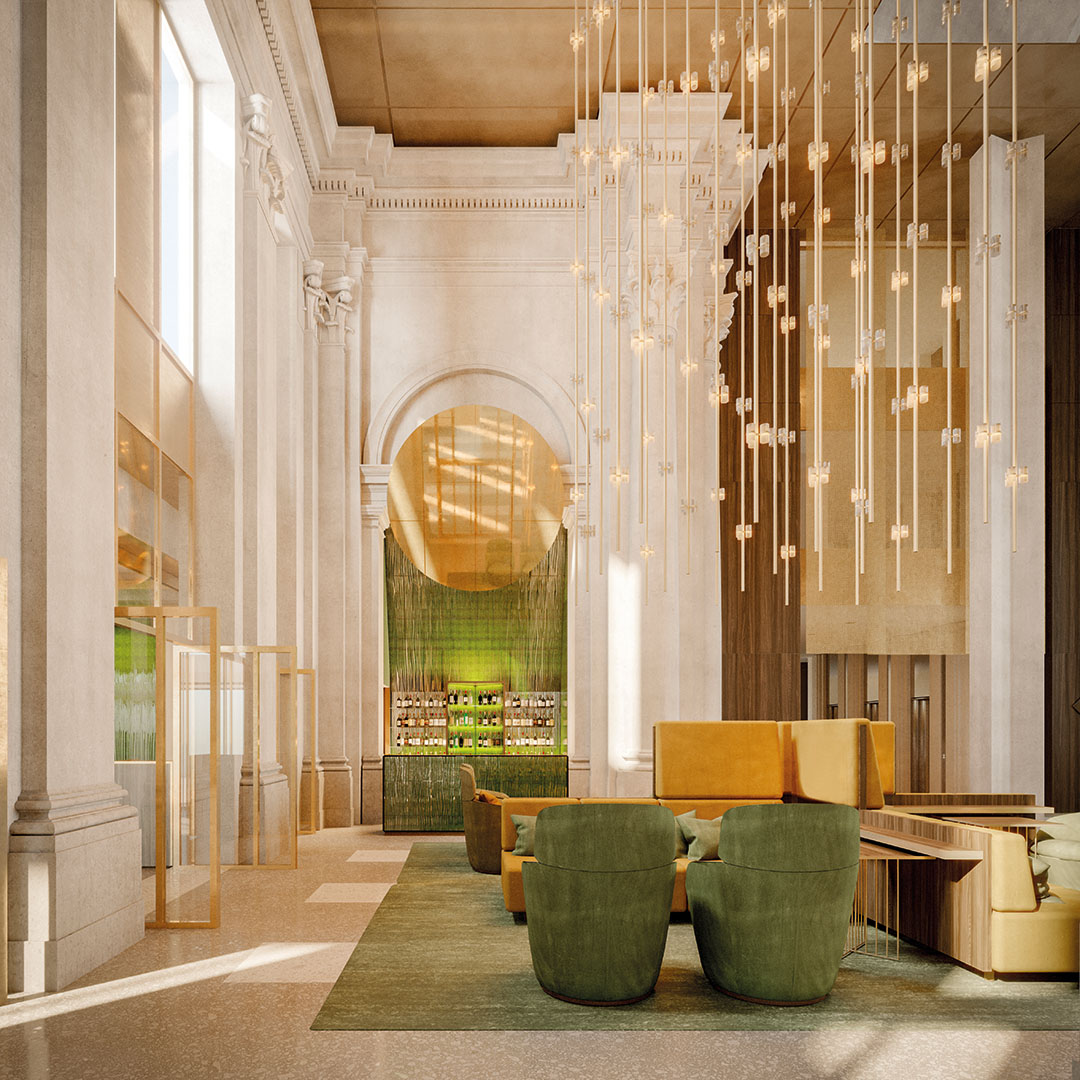